Even Republicans want Health Care for All Americans!

President Obama, is sliding on Health Care Reform.  Yup, that’s what we said.  Tell him this is not acceptable!  We asked for Change, we voted for Change, we demand Change.  Change does not mean putting more “change” in the pockets of Insurance Companies.  Get angry, get loud, get active. Call the President and tell him: […]

We Have the Hope. Now Where’s the Audacity?

Kennedy passed the liberal torch to Obama. Let’s run with it. By Peter Dreier and Marshall GanzSunday, August 30, 2009 On Aug. 25 last year, Sen. Edward Kennedy strode onto the stage at the Democratic National Convention in Denver and announced to a roaring crowd of party faithful the beginning of a new generation in […]

The Dream Shall Never Die

Last night we lost a legend, a mentor, a leader a friend.   He stepped out of the shadow of his famous brothers and battled many personal demons to become one of our finest examples of an elected leader. Senator Kennedy dedicated his life to fighting for Health Care, Equal Rights, and fare wages.   […]

Stop Insurance companies! THEY manage our care! Not our Doctors!

Stop the Unpatriotic Attack on The American Plan! Insurance companies are doing their worst, spreading lies in an attempt to maintain their profits and keep Americans from getting the care they so desperately need. You, our citizens, must be the heroes. Stand up, and speak up, for an American Plan! Today we were forwarded an […]

The PolicySpeak Disaster for Health Care

George Lakoff is a Professor of Linguistics at UC Berkely.  Please read, learn, and start changing the dialogue! by George Lakoff Wed Aug 19, 2009 at 10:25:18 PM PDT Barack Obama ran the best-organized and best-framed presidential campaign in history. How is it possible that the same people who did so well in the campaign […]

Way to go Sherry H. and the gang in SB! 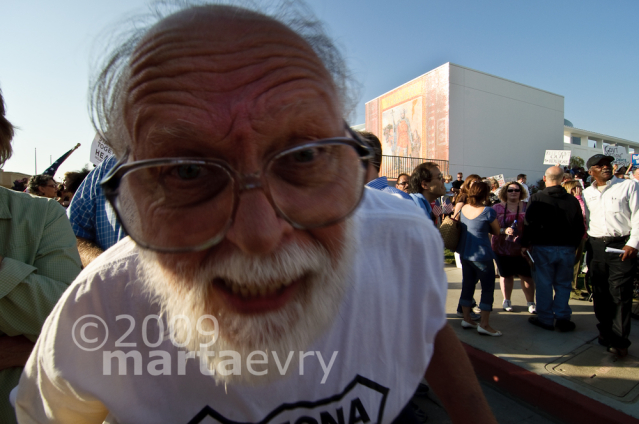 Schiff vs The Tea Baggers

What you are witnessing here is a head butt attack of one of our own.  Click on the image to read the story.

The FIGHT is on!

Let’s get this Health Care thing done once and for all. TAKE ACTION NOW!

August is here, our Lawmakers are returning to their home districts, and Republican operatives and tea-baggers are organizing to intimidate and bully them into defeating our last, best hope for comprehensive health care reform. “Senators and Congressmen will come back in September afraid to vote against us,” South Carolina Senator Jim DeMint bragged to supporters, […]